And how we built a Customer Satisfaction engine in 1 hour. 😚

This release has many styling tweaks on the platform design, dark mode enhancements, and sidebar visualization, but the following ones are the new features that deserve a special mention:

Prevent replies after you close a conversation 🤖

Encourage your customers to open new conversations after issues are resolved. (Thanks to getonbrd.com to push us to build this)

One of our users' pains was that the banners do not have a way to customize the typography, so the banners, in some cases, were not well integrated into web pages regarding the visual style. Well, not anymore! now you can choose from some open fonts ✌️

Creating Chaskiq apps is fun and easy. But newcomers can find it a bit cumbersome to get started. So now Chaskiq's has a component playground to ...err play, compose and test the presentation.

This feature deserves a special post, but for now, we will say that the CSAT feature just took us a couple of hours to build, ¿but how? Yeah, that's the magic behind Chaskiq plugin architecture.

Report all the things! 😏

We have implemented a new section specifically for reports, so Any plugin could have a reporting visualization. That's freaking awesome, right?

Every plugin with a reporting capability will be listed on the reports page. You can set up many reporting blocks to display data, like tables, pie charts, and heatmaps, among other components.

That's it, thanks for reading!

We are back!, after 2 months of silence to give our competitors some time to catch up 😂. , we have a lot to tell on this release, we have 3 more languages available thanks to the contributors from Crowdin app, new additions are German, Catalán, French and Chinese. Dark Mode is 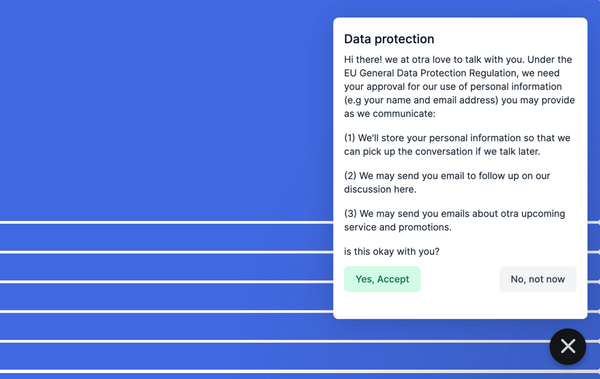 We are getting ready for the prime time for our own SAAS version, so we've made many improvements on performance that you can use today! Also we've released some cool plugins too along with some UI enhancements.