Our Slack plugin integration is one of the most complete integrations among the live chat platform. But now we are giving this power boost. New controls are added for you to assign agents, toggle priorization or open/close the conversation directly from your Slack workspace

Sponsored by our friends at Counto.

New plugin, if are in the need of audit the access and the data managment of the team you can add the Audit Report plugin

Thanks to @lmancilla for their recent contrubutions, now we have a Scan action that search for security vulnerabilities.

Config with credentials or env

Config credentials are now using the encrypted secrets from Ruby on Rails in order to increase security. This article explains why? https://support.cloud.engineyard.com/hc/en-us/articles/205407508-Environment-Variables-and-Why-You-Shouldn-t-Use-Them

So, instead doing: ENV["HOST"] not there is a new API for that, Chaskiq::Config.get("HOST"), this goes directly to the encrypted config secrets that Rails provides, but also fallbacks to the ENV variables.

Along with mass contact import now you can add single contacts directly from the Agent panel.

For external apps now we support the external API events along with the presenter API triggers.

This was a very awaited feature for some companies that need granular user access on Chaskiq panel. Now you can compose your role tuning the access for every feature in Chaskiq. The Roles are now handled by a YML file and are generated in boot time, so a server restart is needed when the permission file Changes. We've crafted 5 roles already built-in so you don't have to mess with it if you don't really need to.

Eventually there will be an UI to update the roles. but for now the YML file will fit the 90% of the cases.

Association data on webhooks. Thanks to @shesho from https://www.getonbrd.com/myjobs for reporting

+ Fix vector XSS attach thanks. Thanks to @JaimeSlome and

Important: This release contains a breaking change. The API now have a String type for API call on ID, before the ID were Int, now are Strings.Ruby 3.1.2, Rails 7.0.3, Esbuild, Propshaft, and Persisted sidebar Channels (Telephony). Agent sidebar filtered conversation channelsSearch CapabilitiesSearch by conversation

We are near to reach the 1.0.0 release, we are so excited to present our new additions to the platform. Telegram!Yup, Chaskiq now supports Telegram and is incredible; you just need to create a Telegram bot, generate your token, then add it to the plugin configuration on 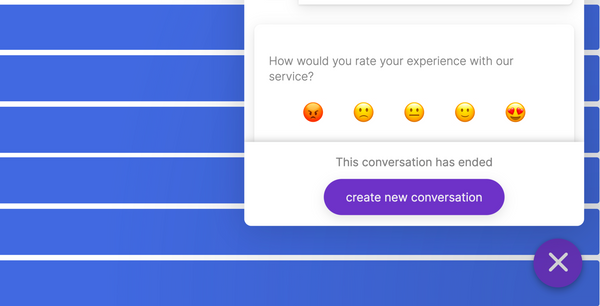